You are here: Home / NLA 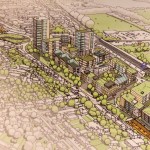 If you google “Never Mind the Bollards”, you find that it has a musical history. It’s a book – a guide to England’s Rock and Roll Landmarks – and also a musical installation in 2012 with steel bollards with different tones in Chinatown Manhattan in collaboration with Neil Nisbet for Make Music New York 2012. […]

The exhibition Smarter London at the Building Centre, London explores how data, technology and computer analytics are changing the way the building, transport and environmental professions design, build and manage a complex and growing 21st century city such as London.  It illustrates a variety of “smart projects” in London from a wide range of organisations […]