In 1863, John Curwen started producing books, posters and music manuscripts.  Some time later, in 1920, Oliver Simon joined the company and forged links between Curwen and the Royal College of Art which turned Curwen Press into ‘an agent of cultural change’, commissioning work from leading artists including Edward Bawden, Claud Lovat Fraser, Paul Nash […]

Towering above the room, the ballerinas appear to have the delicacy of glass Christmas baubles which break all too easily, yet are solid and made of hard steel.  Like glass baubles, their curves create reflections everywhere, of visitors as they move around them, of the lights which project onto them and of the paintings on the […]

Home to a collection which ranges from some of the finest Dutch paintings by artists such as Rembrandt, Frans Hals and Johannes Vermeer to Gerrit Rietvelt’s iconic chair and a fighter plane from World War I, the refurbished Rijksmuseum is an exemplar of restoring and enhancing original interiors while adding new contemporary spaces, lighting and […]

As railways expanded across Europe in the 19th century expansion, the Hamburger Bahnhof in Berlin was built to designs of Friedrich Neuhaus in 1846/47 as the terminus of the Berlin-Hamburg railway. Today it remains one of the oldest railway terminus buildings in Germany and, like the Musee d’Orsey in Paris, has been given a new use as a modern art […]

Opened earlier this year, the George Frederic Watts Studio is the latest phase of the Watts Gallery Artists Village, a hidden treasure trove of Pre-Raphaelite art and design, focussed on the work of the artist and sculptor George Frederick Watts and his wife Mary, located in Compton near Guildford in Surrey. The Studio has been […] 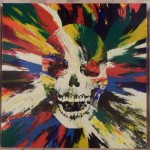 Crumbling concrete, powdering plaster, rusty steelwork, peeling paint and boarded-up windows, yet only a few minutes from the swinging cranes and energy of redevelopment projects on the south bank of London. This is the Bargehouse at the Oxo Tower – the decaying industrial building which is currently showing the pop-up exhibition “Exhibit Here Art Maze”. […]

It’s an expedition; it would be easy to catch a taxi, but that doesn’t feel like the right thing to do; it is more adventurous to travel on the metro from the city centre and then, with the necessary technological assistance of google maps, walk as the only pedestrians along a busy major road and […]

The front façade looks much the same, guarded by the artist William Etty.  There is a hint of something new at the side with new ceramic rooftop cladding along the façade, but what a welcome surprise to find a stunning collection of modern and contemporary British ceramics as the centrepiece of this refurbished and extended […]

On the east side of London’s historic Hanover Square, the modern classical elevations of Nos 4 and 5 completed by the architects Squire and Partners in 2012, hide the credentials as one of London’s most environmentally-sustainable office buildings. The six-storey mixed-use scheme, with its rectilinear black brick façade and tall deep windows, provides a high-quality […] 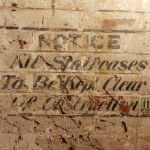 In his series of photographic images, “The World After the Humans” Luis Enguita imagines modernist buildings which have been abandoned by humans in perfect state, and now enjoyed by butterflies and penguins. Enguita is one of the artists on display at “Shaped in Mexico” which has been showing new art from Mexico. While START displayed new […]