You are here: Home / Victoria and Albert Museum

In the Natural History Museum in South Kensington you can stand an experience the reality of a mild earthquake in Japan as the floor moves and shelves collapse.  Across in the Victoria & Albert Museum, there has been another earthquake – the famous Peacock Room designed by Whistler is in chaos, its fine timber joinery […]

A difficult task – how do you tell the story of four centuries of opera in what might seem a huge exhibition space, but when you think of the many aspects of the story, is dauntingly small for such a large subject.  Cleverly, the collaborative exhibition between the Victoria & Albert Museum and the Royal […]

Breathing new life into historic collections is a theme that brings new audiences into historic buildings and museums.   Versailles does it on a larger scale than most, as sculptors such as Anish Kapoor in 2015 take over and transform the gardens.   But, here in London, Marc Quinn has done the impossible – added more to […]

On entering through the revolving doors, the Christmas tree ahead is modern but with a traditional theme.  Instead of the green branches of a pine tree, there are metal frames which are evocative of the 19th century cast-iron roofs in this very building, around which is a spiralling garland with hand-made decorations rising to a […]

The 19th century must have been an amazing time for engineers with new materials and technology pushing boundaries in buildings such as the 1851 Crystal Palace in Hyde Park, the Eiffel Tower and the new skyscrapers in Chicago alongside inventions such as plate glass and the Otis elevator, in addition to developments in railway and […]

It’s another typical 2016 summer day in London – threatening grey skies and clouds which soon release waterfalls of water over the tourists and visitors to the museums and galleries. Umbrella-makers must have made a fortune this year! Is the Victoria & Albert Museum competing with the Serpentine Gallery for the best 2016 summer pavilion?  […] 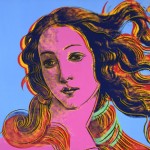 Poor Venus. Once the Roman goddess of beauty and love, rising from the sea in a seashell as long ago as the first century AD in Pompeii, she now stands armless and naked in the Louvre, having to smile quietly at the millions of tourists who crowd round and clamour to take selfies with her […] 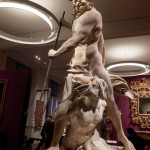 The baroque style of art and architecture conjures up visions of Bavarian churches with elaborate decoration soaring upwards to skies full of clouds and cherubs.  At first glance, it therefore seems strange to house galleries of European baroque art and design at the bottom of a staircase.  Think however of a staircase leading down to […] 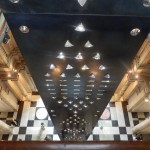 Entering through the arched doorway, a tall black pylon stretches up into the sky; black, shining and glittering with immense diamonds.  Then, collecting the treasure map, it is time to check the compass, the rucksack for supplies of food and water and the walking boots to ensure that they are stout and ready for the […]