You are here: Home / art installations

Flooded with daylight underneath the rooflight at the back of the gallery hang window frames, like exhibits in a museum of architecture, but here they are made of aluminium frames (rather than timber/bamboo) overlaid with financial newspapers, with the patterns and designs representing window frames from traditional houses which have demolished in the name of […]

The exposed brickwork feels like the outer walls of an ancient archaeological ruin which a strange alien force has taken over creating an inner sanctum in which the masters of the universe sit and watch, while mere mortals walk around the space in between.   Swirling lights, shadowy twisting worms, strange beasts hatching from eggs […]

By a strange fluke, romantic Valentine’s Day today coincides with Ash Wednesday in the religious calendar – roses, chocolates and champagne contrasting with 40 days of fasting for Lent.    In London, Valentine’s Day and London Fashion Week is being celebrated with red inflatable cuddly love hearts floating on top of or inside London landmarks, […]

100 years is a long time in the art world; new artists, cultures and movements arise and fall.   Tate Modern reflects on the centenary of the Russian 1917 revolution with two very different exhibitions, which are in many ways more interesting in terms of the links between art and society than the Modigliani exhibition […]

A long orange tube winds it’s way around Tate Modern’s Turbine Hall, twisting and turning and rising up from the lower level to the mezzanine connecting the two buildings, then bursting out through the façade towards Sumner Street and the Blue Fin Building and Neo-Bankside.  Given its speed of growth, perhaps it might continue into […] 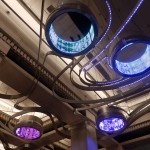 Cities are always changing.  Eight hundred years ago on the banks of the river Thames the magnificent palace of Count Peter of Savoy was the height of luxury, only to be burnt down in the Peasant’s Revolt of 1381 which started the change in fortunes for the Savoy area as, over successive centuries, it was […]

Melancholy musical sounds permeate the main galleries, adding a haunting sound to the historic portraits by artists such as Antony van Dyke, the Pre-Raphaelite paintings, Henry Moore’s stone and bronze sculptures, David Hockney’s double-portrait paintings and sculptures by Jacob Epstein and Anthony Caro.   The building prevents the sound reaching its furthest corners, so the room […] 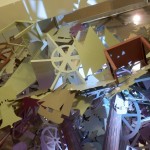 The main entrance of the New Wing of Somerset House has been filled with a colourful grove of elm trees beyond which, through an open door, sits a grand piano on its side, both entirely unexpected within the controlled classical architecture of this historic building.  These installations at Somerset House celebrate the elm tree and […]

Multi-storey car parks in London used to be great cash cows for their owners and operators. Car drivers would drive around trying to find spaces at any cost, such was the demand. The congestion charge, improvements in public transport and a renaissance in cycling put paid to that and now car parks are a dying […] 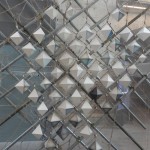