You are here: Home / China

Flooded with daylight underneath the rooflight at the back of the gallery hang window frames, like exhibits in a museum of architecture, but here they are made of aluminium frames (rather than timber/bamboo) overlaid with financial newspapers, with the patterns and designs representing window frames from traditional houses which have demolished in the name of […]

What secrets did the battered leather briefcase once hold?  Did it belong to a teacher whose pupils once sat attentive on the plastic yellow chairs, now all gone and moved away?  Who lost the seven of clubs, a card which is meant to symbolise spiritual knowledge and inspired intuition? Was it hidden in a favourite armchair by […]

Ai Weiwei is a master story-teller, albeit with a political twist.  His art installations bring stories, history and meaning into the physical presence and you can see why the Chinese authorities don’t quite know what to make of their most famous contemporary artist. Ahead of his exhibition at the Royal Academy, and before he was […]

In 1822, Frederick Law Olmstead was born, one of America’s foremost landscape architects, responsible for the design of many important parks and urban landscapes including Central Park in New York, Mount Royal Park in Montreal and the Niagara Reservation at Niagara Falls, American’s oldest state park. Across the Atlantic Ocean, in the rugged rural landscape […] 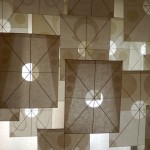 Among the highlights of the design exhibitions across London during the London Design Festival are the international celebrations of contemporary design from countries such as China and Argentine at 100% Design, Denmark at Design Junction and Norway, Korea, Sweden, Southern Italy, Ireland, Czechoslovakia and Poland at Tent/Superbrands.   The concentration of a large number of exhibitors […]

Hot on the heels of London Fashion Week is the London Design Festival, a showcase of the best and the most recent product designs in London, the UK and abroad.   There are a huge number of events across the city, with three main shows – 100 Percent Design at Earl’s Court, Tent London and Superbrands […]

Two exhibitions by Chinese artists at the White Cube in Bermondsey and Mason’s Yard present interesting perspectives on contemporary Chinese scultpural art.  There is a synergistic link between the exhibitions in that both artists make use of a variety of “found” materials, most of which would not naturally be considered a base for sculpture, but […]

Several of the new buildings in China are in the form of gateways or eyes with central voids that allow the dragons to flow through. Rather unkindly, the “Gate to the East” tower, designed  by RMJM as a 300m high iconic gateway to Suzhou was compared to a pair of underpants.  “Is it an arch […]

China’s ambitions for space exploration took a step forward when, in December, its first lunar probe with a rover landed on the moon.  The name “Yutu” (Jade Rabbit) was selected for its first moon rover after an international online poll of potential names.  In Chinese tradition, Yutu is the white pet rabbit of Chang´e, the […]