You are here: Home / British Museum

I grew up in Glasgow when the nearby town of Paisley was still famous as a centre for manufacture of the Paisley Pattern of shawls with the Persian-inspired swirls that became famous the world over in 19th century when Paisley was the weaving capital of Scotland.  Still a popular pattern , it is now manufactured […]

We’ve all grown up with the stories of Troy – the beauty of Helen, her relationships, and the successful attack by the Greeks using the device of the famous Trojan horse, while Homer’s stories tell us of the battles between the gods and the long journeys of the Greek heroes.  Were these romantic myths or […]

We had a taster for the main event earlier in the year at Japan House with the work of Manga artist URASAWA Naoki, in some ways a microcosm of the world of Manga in advance of the fascinating exhibition at the British Museum. The British Museum has been collecting examples of Manga art over the past […]

You have one of the largest collections of prints in the world and a relatively small gallery space at your disposal.  What do you do?  The British Museum, rather than just try to show a few gems, separates the long gallery space into different zones in which it sets up a changing programme of exhibitions […] 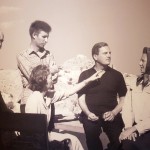 Is it coincidence or planning that there is a Greek-related theme to several exhibitions in London this spring?  After ‘The Classical Now’ at King’s College London, a stroll up Kingsway and along to the British Museum reveals another exhibition of modern artists who were influenced by Greece, Niko Ghika and John Craxton, along with the […]

The Royal Academy has been showing how artists in 1930’s America responded to the rapid economic and social change of that decade.  The British Museum, with “American Dream: Pop to the Present” continues the story from the 1960’s, showing the artistic innovations and developments which reflected the prosperity and optimism in American society at the […]

While the Victoria and Albert Museum and the Crafts Council pose the question “What is luxury” in their current exhibition, the new display of the Waddesdon Bequest at the British Museum goes some way to defining it. The Waddesdon Bequest is a collection of almost 300 objects of exquisite craftsmanship left to the Museum in […]

A year ago, the British Museum in London opened its new extension designed by Rogers Stirk Harbour and Partners to provide a flexible gallery for special exhibitions, plus storage and conservation studios for the Museum.  The building externally provides a modern addition to the Museum, but how has the new temporary exhibition gallery worked in […]

At the British Museum, Australian artist Wukun Wanambi (born 1962) has created a calm reflective installation of Aboriginal memorial poles, called larrakij, through which he reflects on ancestral power, the significance of historic territories and the search for meaning in the modern world, while at the Serpentine Galleries, Cameroon-born, Belgium-based artist Pascale Marthine Tayou (born […]