You are here: Home / Hotels

The centre of Havana is busy with construction as it continues to regenerate and invest in quality hotels for the growing number of visitors to the city.  The Government is refurbishing the Capital Building is following on from the noteworthy restoration of the Teatro Marti and the Gran Teatro de La Habana <Alicia Alonso> and there are new […] 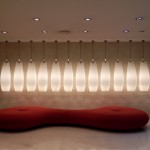 Jeff Koon’s huge West Highland terrier, “Puppy” welcomes visitors to the entrance to the Guggenheim Museum in Bilbao.  Opposite, a facetted façade which catches reflections of the Puppy and the Guggenheim gives little hint of the artistic interior inside, designed to reflect 20th century design in acknowledgement of its location opposite the Guggenheim and near […]

The most eagerly awaited hotel opening in London is the Shangri La Hotel which will occupy the 34th to the 52nd floors of the Shard, the tallest building in Europe.   Chinese New Year would have been a great opportunity for an opening party but as their website says “Shangri La was expected to open in […]