You are here: Home / Cuba

It is initially a little strange to find the first artist on show in an exhibition of Surrealism in Latin American art to be English, but if you know the history of the artist Leonora Carrington who moved to Mexico in 1942, you will understand – all of which makes the current tensions in the […]

On the road from the airport to the city centre of Havana, you drive past sentry boxes on the side or the centre of the road. Are these part of a defensive military system? No, they are part of he water system to the city. Considered one of the wonders of Cuban engineering, the Acueducto […] 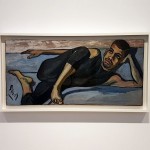 The light filters down from the rooflights through the grid of roughly-hewn old timber beams and joists.  This is not the shiny skyscraper architecture of downtown London, nor is it out in the suburbs and, indeed tall new residential blocks are appearing all around.  In London, where does downtown start and uptown start?   Given its location […]

The oldest of Cuba’s 60 universities, and the third-oldest in Latin America, the Universidad de la Habana (University of Havana) was founded in 1721 by Pope Innocent XIII and King Philip V of Spain, originally being housed in 1728 in the Dominican convent of Santo Domingo in the Old Town of Havana.  No doubt looking […]

The centre of Havana is busy with construction as it continues to regenerate and invest in quality hotels for the growing number of visitors to the city.  The Government is refurbishing the Capital Building is following on from the noteworthy restoration of the Teatro Marti and the Gran Teatro de La Habana <Alicia Alonso> and there are new […]

A ruined shell for 40 years behind its protected neo-classical façade, the Teatro Marti in the centre of Havana was faithfully restored and re-opened in 2014.   Originally opened in 1884, it was a popular venue in which to premier Cuban “zarzuelas” (musical comedies that preceded caberets) and for “Teatro Bufo” (satirical plays that often mocked the Spanish government of the […]

It is 14 years since I last attended a performance at the Gran Teatro de La Havana; it was showing its age then and the lighting was rather dull.  It has now been spectacularly transformed in a three year refurbishment that has opened up the foyer spaces with a new bar and space for art […]

Adjacent to the restaurant/bar El Cocinero, the other part of the project which transforms the former cooking oil factory in Vedado in Havana is La Fabrica del Arte Cubano, where a wide variety of arts, drinking and eating all combine together into a fantastically vibrant place, open from 8pm to 3am and where, at 11 […]

The 100-year old tall chimney of the former abandoned and derelict cooking-oil factory is a landmark on the edge of Vedado in Havana, near to the Almendares River. While proposals have come and gone for decades on what to do with Battersea Power Station in London, now thankfully moving at full steam ahead, the rock, […]

Coffee shops are full of people on their laptops, entrepreneurs doing deals with potential clients, students writing their essays, businessmen accessing their emails.  What, however, if what is needed is confidentiality, silence to concentrate, the ability to print a document or to have a noisy face to face conversation on skype?  Originally appearing in 1926 to the design […]