You are here: Home / RIBA

You can perhaps see why the Scots feel that they are under-appreciated in London with the RIBA exhibition at the V&A Museum ‘Into the Blue’ on spas, lidos and swimming pools, showing only a pool built in the 1890′s in Alloa in Clackmannanshire, while there are also others such as the Commonwealth Pool in Edinburgh […]

Up and down the country there are much-loved buildings and engineering structures at the heart of their communities, many owned by local authorities, sitting empty due to lack of funding, the need to find new 21st century uses or to the cost of refurbishment.  We have seen too many of these swept away over the […]

On the outside, opposite the Chinese Embassy, the RIBA has an austere façade.  Inside something odd has been going on.  On a terrace on the 4th floor is a colourful mobile kitchen and canteen designed by Merrett Houmoller Architects for The Refugees and Befriending Project run by the British Red Cross, to which refugees have […]

Affordable housing is a major political issue, flamed by immigration in the Brexit debate, especially in London. The RIBA has taken the opportunity to contribute to the debate with its new exhibition “Designing the House of Tomorrow.  Sadly, the exhibition falls flat; the recent exhibition on Seoul’s planning framework shows that more imagination is needed.   The […] 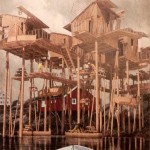 The Royal Institute of British Architects (RIBA) has been showing the work of the 2016 recipient of the Royal Gold Medal and an exhibition from the 2015 RIBA President’s Medals Student Awards, with Silver, Bronze and Dissertation Medals. The display of models of many of Dame Zaha Hadid’s designs demonstrate why she was the worthy winner […] 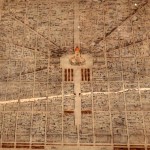 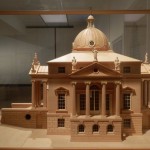 There are few architects who are so radical in their day that they have a style named after them which survives several centuries later.  Seventeenth century Veneto must have been an exciting place.  Clients were demanding their new villas to be designed in the latest fashion by Andrea Palladio (1508 – 1580), the sought-after architect […]

Flying shirt collars, flocks of denim, a herbarium, reflecting mirrors, shop displays bursting out into the street – its September in Regent Street, London with the sixth year of the RIBA Regent Street Windows Project where architects work with flagship stores to enliven the steet with architectural installations in shop windows. Run in parallel with the London Design […]

Charles Rennie Mackintosh (1868 – 1928) is probably Glasgow’s best-know architect.  While recent headlines having been about the fire which destroyed much of the iconic interior of his Glasgow School of Art and the competition to select architects for its rebuilding, the Royal Institution of  British Architects (RIBA) is holding an exhibition of over 60 […]